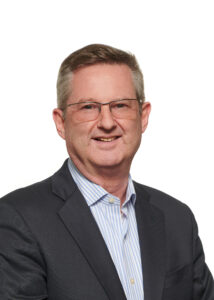 Amongst others, he is currently engaged as the Managing Director Asia-Pacific for Convergence, the global network for blended finance, which mainstreams the strategic use of catalytic capital from public or philanthropic sources to increase private sector investment in sustainable development and thereby achieve the Sustainable Development Goals. He also serves as Chair for Asia-Pacific at Delphos International, an independent financial advisory firm, specialized in structuring and capital raising for infrastructure projects in emerging markets.

Previously, he was the President and CEO of EMPEA, the global industry association for private capital in emerging markets, and served as Director of the Private Sector Capital Markets Division at the Asian Development Bank, following a global career in senior leadership positions at firms such as ABN AMRO Bank, GE Capital, GE Energy, Lehman Brothers and Singapore Exchange.

Robert is currently a pro bono Ambassador for the World Benchmarking Alliance. He is a past term member at the World Economic Forum’s Global Council on Long Term Investing, Infrastructure & Development (2016-2018), a former International Trustee of International House (2003-2020), and a past Chairman of the Development Council and Member of the Advisory Board with Doctors Without Borders (USA) (2002-2012), amongst other non-profit affiliations.

He earned his MBA from the University of Chicago Booth School of Business, holds JD and MA degrees from Leiden University in the Netherlands, and an LL.M. degree from Columbia University School of Law. Married, with five children, he is a citizen of both the Netherlands and the United States, and a permanent resident in the Philippines. He and his family divide their time between their homes near Washington DC and in Manila, Philippines.