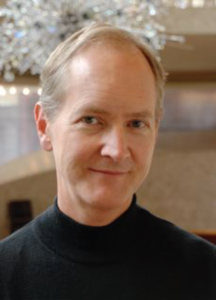 Craig Mumm is the Associate Principal Violist of the Metropolitan Opera Orchestra of New York. Mr. Mumm started his musical studies with his father, Edward Mumm, Concertmaster of the Milwaukee Symphony Orchestra. He continued his violin studies with Shmuel Ashkenasi, first violinist of the Vermeer String Quartet. Mr. Mumm has recorded extensively on the Deutsche Grammaphon, Sony, Naxos and Decca labels. His 2011 Grammy nominated, world premier recording of Franco Alfano’s Piano Quintet was warmly praised in The Strad magazine. Mr. Mumm is a member of the string faculty at Rutgers University where he teaches viola and chamber music and teaches in the MAP program at the Juilliard School in New York. In addition, he is on the faculty of the Youth Orchestra of the Americas, participating in YOA’s international residencies and tours and is on the faculty of FEMUSC, the Festival of Music, Santa Catarina Brazil.

Craig is married to Mary Ann Mumm, instructor of violin at Montclair State University. The Mumm's two children are also musicians. Daniel is a cellist and Andrea a harpist. The Mumms live in a historic townhouse in Jersey City, new Jersey where they often host the legendary MET Orchestra poker game.

Mr. Mumm served as Principal Viola in Music For Life International's SHOSTAKOVICH FOR THE CHILDREN OF SYRIA at Carnegie Hall.