Our vision is that some day, all our fellow human beings, especially those made vulnerable by natural and manmade disaster, conflict, disease and poverty will live in a world of  health, dignity, community sustainability and environmental balance.

We believe this is possible through our mission—music and music making creating transformative social impact through strong partnerships. 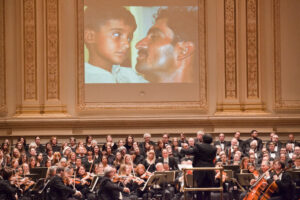 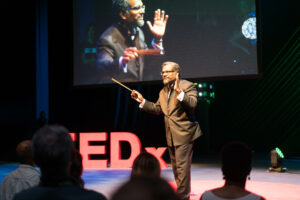 In addition to Ubuntu-Shruti, our innovative professional training orchestra and community program, MFLI has become a growing presence at international forums, conferences, universities, etc. presenting our models of social impact through music 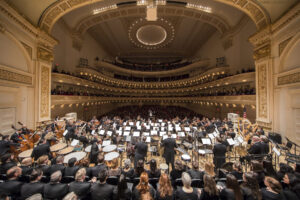 Creating innovative change and reform in ensemble behavior, hierarchy, and governance across the classical music spectrum from orchestras, choirs, and chamber ensembles, to non-western ensembles and beyond 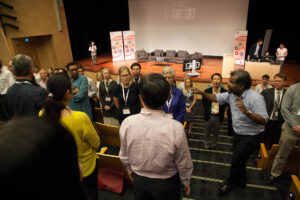 A decade and a half ago, in the wake of the catastrophic Kashmir Earthquake of October 2005, a small group of friends banded together in New York City inspired by the notion that classical music could be a vehicle to create humanitarian action and bring attention to millions of people affected by a natural disaster in places far away. Scores of distinguished artists from the world's greatest orchestras and ensembles came together at Carnegie Hall and gave their precious art in service of those in need. Our first concert Beethoven's Ninth for South Asia, in January 2006, raised more than $90,000 for the work of Doctors Without Borders for the survivors and their families. Global media carried the story of the concert around the world. 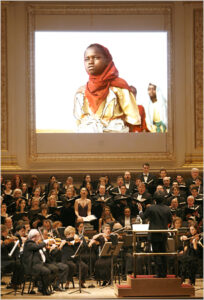 That first effort grew into Music For Life International, which takes its name from Leonard Bernstein's legendary MUSIC FOR LIFE concert for AIDS at Carnegie Hall in November 1987.

In the course of developing and presenting similar concerts over the following years, we discovered that we had created something new – an orchestral paradigm, which itself modeled and disseminated positive and generative behaviors which could effect broad change throughout society: profound listening, individual and communal accountability, mutual empowerment, collaborative leadership, and conflict resolution.

Since that first concert in 2006, there have been seven more global humanitarian concerts, involving almost a thousand musicians in all. Our message of transformative action through music has been broadcast via radio, television and the internet to millions of people in every part of the world. Our most recent humanitarian effort, BEETHOVEN FOR THE ROHINGYA, culminated with a performance of Beethoven's Ninth Symphony at Carnegie Hall on January 28, 2019.

The future we see is spectacular – continuing our humanitarian activity and 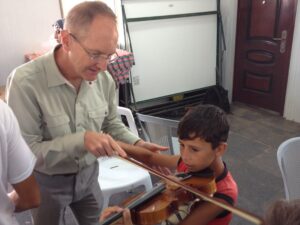 partnerships expanding beyond Carnegie Hall and beyond the United States. Our professional training orchestra Ubuntu-Shruti
opened new frontiers in orchestral education integrating the lessons of social entrepreneurship into the classical music world. Our approach brings the ideas bursting from music making to inform leadership and collaborative  models in business, philanthropy, diplomacy, and social enterprise. We are planting an urgent, young idea which will transform the future for our children and their children through our mission, Transformation Through Music. Music for Life International Founder and Artistic Director, Singaporean-born Indian conductor George Mathew, has emerged as one of the leading forces in the classical music world bringing symphonic music to focus on global humanitarian issues and crises at the beginning of the 21st Century.

GET OUR NEWSLETTER TO STAY UP TO DATE